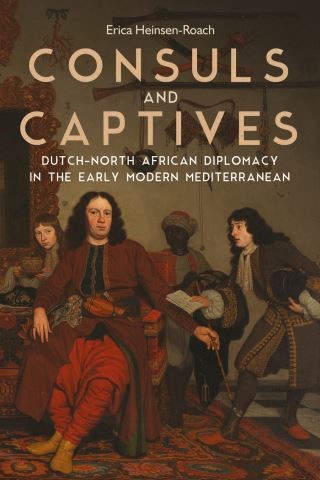 This work offers a new perspective on the history of diplomacy in the western Mediterranean, examining how piracy and captivity at sea forced Protestant states from northwest Europe to develop complex relationships with Islamic North Africa. Tracing how Dutch diplomats and North African officials negotiated the liberation of Dutch sailors enslaved in the Maghrib, author Erica Heinsen-Roach argues that captivity and redemption helped shape (rather than undermine) a new diplomatic order in the western Mediterranean. Making use of extensive archival research, Consuls and Captives shows how encounters with North African society led the Protestant North to adjust to the norms and practices of the western Mediterranean. Dutch consuls became state representatives, tasked with claiming the unconditional release of Holland's captives. But caught between these directives and the realities of Maghribi politics, the diplomats consented to pay ransom, participated in what they considered lavish gift-giving practices, and began to pay tribute-all practices that were departures from the norms the Dutch States General upheld in "doing" diplomacy. In analyzing these adjustments, Heinsen-Roach brings into question earlier interpretations of diplomacy as a progressively evolving institution anchored in the western modern tradition. Consuls and Captives shows instead that early modern diplomacy in the western Mediterranean developed in uneven ways as a product of cultural encounters. With its compelling argument and wide-ranging evidence, this book will have a strong appeal to scholars of early modern diplomacy, slavery, and Mediterranean history, as well as to specialists on the Dutch Republic. Erica Heinsen-Roach teaches at the University of South Florida St. Petersburg.